This game was created during my first year at university for the module titled 'Media Production for Games' using FlashDevelop with ActionScript3. It is a 2D top-down survival shooter where you play as a space man on the moon trying to fend off waves of aliens with your space gun. The space gun is upgradable and there are 3 electric radiation turrets that can be activated to help you in eliminating the aliens. A* pathfinding is used to guide the aliens towards the player. 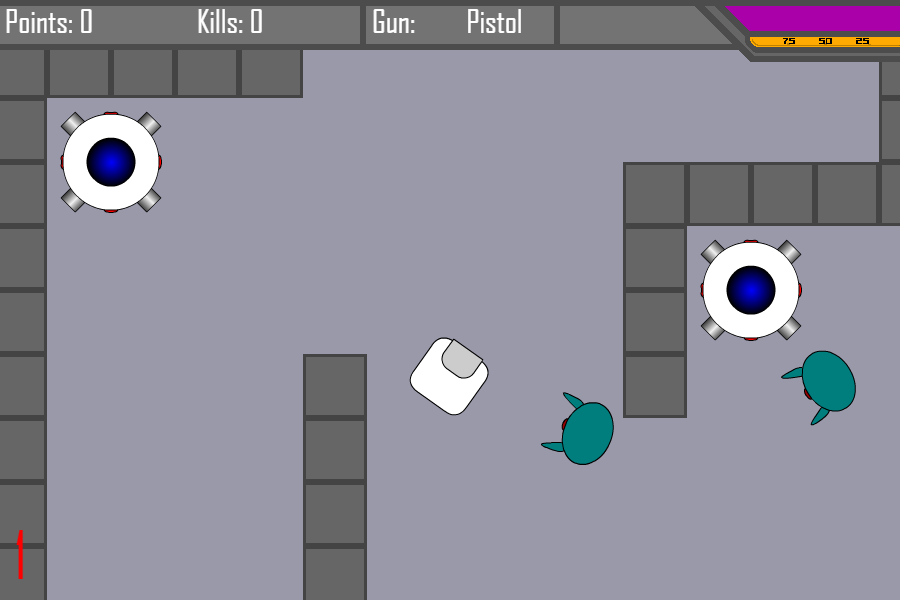 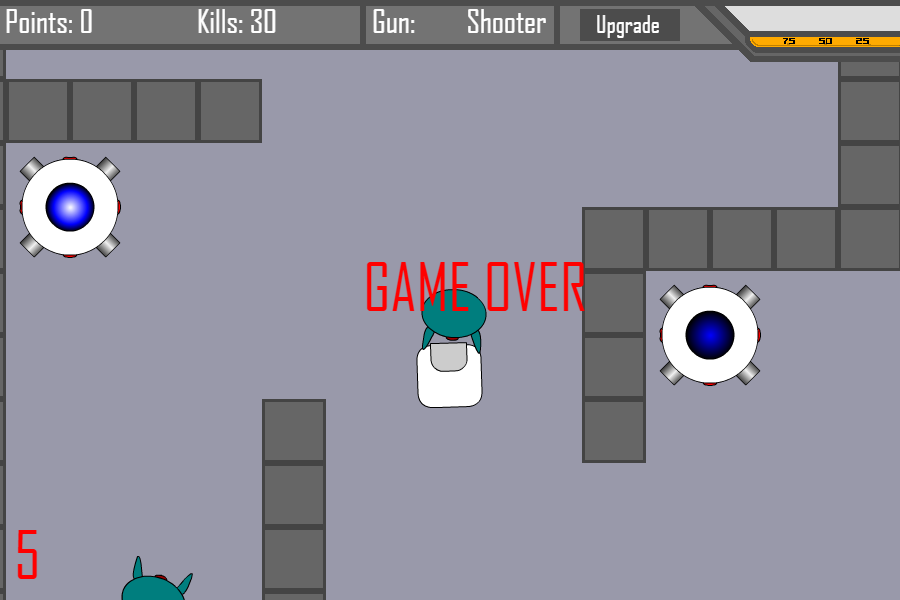